The issue of foreign currency loans has been a daily topic in the press for the last one or two years. One hears and reads that everyone thinks this is the biggest problem in the country right now, calling for an immediate solution.

Radical groups have been out on the streets, people who have been called “star economists” have been searching the media for their misconceptions about the topic for years.

As the elections draw near, the government will treat the issue as a priority, as all votes count. It threatens banks in battleground outbursts to save “foreign exchange victims”.

As a result of this huge marketing effort 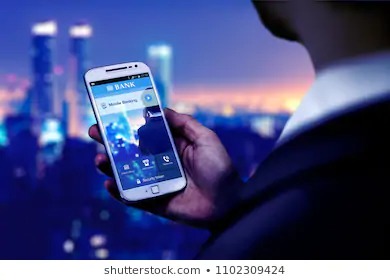 People are multiplying the number of affected households.

Dear Reader, How much do you think of the number of foreign currency mortgages you are having trouble with? How Many Foreign Currency Home Loans have not been paid for at least 90 days?

Let’s compare this figure, for example

Shocked? There are only 222,000 foreign currency home loans in the country, 16% of which are unpaid for at least 90 days. About a third of non-payers do not pay for financial reasons, but are waiting for government rescues hovering for years.

(The number of recorded non-housing purposes unrestricted use of foreign currency mortgage loans 279 thousand, the 90-day non-payers ratio of 26%. Non-interest subsidized forint loans default rate for housing purposes noticed by 14.8%, free use of 29%. That proportion is not less collapsed HUF loan as foreign currency loans? About For some reason, the Forint authenticists do not want to be rescued by the dog either, as well as those who have made responsible choices and have not taken their “own” home on credit, but have been subletting ever since.)

(The most common objections of foreign currency lenders, such as no currency behind the loan and their counterparts, are here.)

The aforementioned 577,000 handicapped people get a maximum of very strong 24,000 HUF monthly support, but only if someone is cumulatively handicapped and / or incapable of self-care. The state can spend HUF 4-5 billion a year on organizations dealing with them, unfortunately I have not found any exact data.

How much has it cost so far to rescue foreign currency debtors?

The current government demand could be $ 800-1000 billion for banks in the worst case scenario, the final version is not yet known, but it is likely to be in the hundreds of billions. We may not spend this amount in 50 years on organizations dealing with nearly twenty times more of our fellow countrymen with disabilities.

The cost of early repayment was HUF 370 billion, 30% of which could be written off by banks from the bank tax. Thus, banks lost 260 billion, taxpayers 110 billion. (During the early repayment, those who did not need it were rescued because they had been stripped of their full credit debts in two or three months. Only a quarter of them took out a forint loan for the final repayment.)

As of June 30, 2013, the National Asset Manager has invested 6.4 billion for the purchase of 7,300 properties, and since then another 3,400 properties have been offered to the Asset Manager by the end of July and it looks like the 15,000 properties planned for this year will be available. This is expected to cost the taxpayer $ 13-14 billion.

The exchange rate hike amounted to HUF 16.3 billion by the end of July, jointly with banks and taxpayers. (Unpaid interest rates are shared between banks and the state.) It would also be bad to calculate how much it will cost at the end of the fifth year if the high exchange rate remains.

Protect your credit cards against fraud

This year I want to start my own business. How do I achieve it? – Business Loan 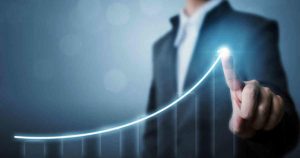