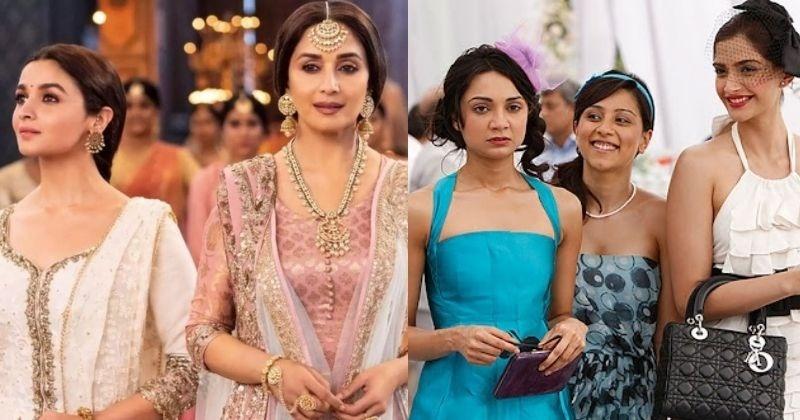 Over the past decades, Bollywood films have allocated a significant portion of the production budget to actors’ wardrobes. While that’s a good thing, in some cases they’ve been the focus of the movie rather than the plot. Let’s take a look at some of these movies.

Starring Sonam Kapoor Ahuja, Ira Dubey, and Amrita Puri in the lead roles, the film revolved around Delhi’s elite women trying to juggle their personal and professional lives. The story simply meandered through the characters’ narrative arc and instead paid a lot more attention to their wardrobes. If you are a fashion conscious person, you will love to watch the movie for the clothes, but not so much for the script and the performance.

Karan Johar’s ambitious period film failed at the box office because it lacked a good script and believable performances despite the presence of some of the biggest names in the business. However, fashion designer Manish Malhotra did a remarkable job dressing the main characters in clothes reminiscent of that era. It’s a visually and aesthetically pleasing film that didn’t live up to a solid and sensible plot.

When ADHM released, he aroused polarizing reactions. While some people loved the film for its portrayal of unrequited love, others criticized it for glorifying male-child behavior. However, everyone agreed that lead actors Anushka Sharma and Aishwarya Rai Bachchan had the best wardrobes seen in Hindi cinema. If only they’d paid a little more attention to the plot and characters, this would’ve been a perfect movie.

If you like glamorous Bollywood movies with lots of bling-bling clothes, Jhoom Barabar Jhoom is the perfect movie for you. While the story and performance never made sense, the glam quotient is high. For those of you who may enjoy a movie just for your wardrobe, you won’t be disappointed with this one … especially Preity Zinta’s outfits and makeup.

Do you agree with our list? Let us know in the comments.

MUST READ! Before tasting SUCCESS, these Bollywood actors did ODD JOBS; Read more

Celebrating four of the greatest Bollywood actors of all time