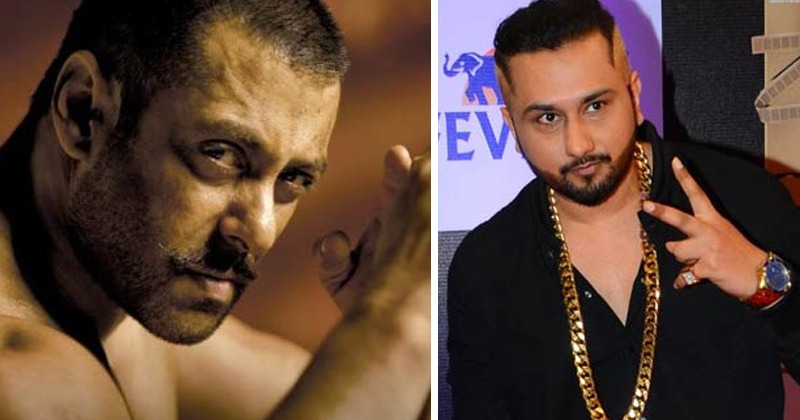 Domestic violence can happen to anyone. Period! Whether you are rich or poor, young or old, you may find yourself in a situation where you are in a relationship with someone who is physically abusive and you cannot find the courage to call such monsters in public due many societal pressures that keep playing in your head.

1. Yo Yo Honey Singh

Yo Yo Honey Singh found himself in big trouble when his wife Shalini Tiwari filed a domestic violence complaint against the singer. She reportedly lodged a complaint under the “Protection of Women Against Domestic Violence Act” in the Tis Hazari Court in Delhi.

She said in her plea that Singh “showed no shame in attacking, intimidating, abusing, deceiving and causing irreparable harm to the woman he was meant to cherish and protect. The plaintiff, meanwhile, has brought (Singh) back from the abyss to the light.

She also requested compensation of Rs 20 crore from the singer. She asked the court to make sure the singer returns all the dowry items.

The infamous relationship of Salman Khan and Aishwarya Rai by then dominated all the gossip columns of all the major newspapers. Well, it was reported that Salman had physically abused Aishwarya and as a result the two called off their relationship. It was in 2002, Aishwarya confirmed their breakup and in an interview she said, “He was calling me and talking nonsense. He also suspected that I was having affairs with my co-stars. There were times when Salman got physical with me, luckily without leaving a mark and I was going to work as if nothing had happened.

But Salman denied all the allegations and said in an interview months after Aishwarya shared her agony: “I never beat her. I get emotional and hurt myself. I hit my head against the wall but I can’t hurt anyone else. “

Salman and Aishwarya never interacted with each other after their breakup.

Back then, Zeenat Aman was one of the actresses every man wanted to date and she was the dream girl for many who were struck by her style and beauty. Well, actor Sanjay Khan, married with three children, fell in love with Zeenat Aman on the sets of their movie. Abdallah.

A story in Cine Blitz dating from 1980 gave shocking details of how Sanjay Khan beat Zeenat Aman while his wife cheered him on. They married in 1978 and many warned Zeenat not to get involved with him, but she was blinded by love.

In 1980, she was beaten black and blue by Sanjay Khan and onlookers did nothing to help her. It was the steward of the Taj Hotel who helped her, but at the time she was seriously injured and was inconsolable.

Her doctor revealed to the post: “This is not the first time this man has beaten her. Once before she received a black eye and kicked her ribs so hard that I insisted on radioing for fear of a crack. “

Zeenat did not file a complaint against the police at the time, but years later she opened up about the incident in an interview with Simi Gerawal. She said, “If you’re referring to a chapter from the past, it was very brief. Right now in my mind, for many years in my mind, it’s been erased because that’s what the human mind does. When there is something distinctly unpleasant, you just close your mind and pretend it never happened and promise yourself that it will never happen again. And that’s how you do it.

Aditya Pancholi and Kangana Ranaut were in a scandalous relationship. Kangana had stated in numerous interviews that she was physically assaulted by an ex. She said at a press conference: “It was a very difficult and very hard time. I was physically abused. I don’t have to go into details. I felt trapped. You think that people could help you. But there are no free lunches. But when you go you fall in. This man who was my father’s age hit me hard on the head when I was 17 . I started to bleed. I took out my sandal and hit him hard on the head and he started to bleed too. I had put an FIR against the man. “

Well, Aditya has denied all of these Kangana claims.

Not only that, there were reports that Aditya also used to beat his wife. In one of the interviews he said: “Zarina has been my support and my strength. Despite all the pain I have caused her, she says she wants to be my wife for seven more lifetimes. Well, we wonder why!

Ranvir Shorey and Pooja Bhatt made headlines for their affair. The two were in a home relationship for a long time, but that relationship did not take place. Pooja shared her ordeal that she was fed up with her drug addiction and that he was also beating her.

Ranvir had a different story to tell and in an interview he said, “Like every other regular couple, we’ve had our fair share of bickering. Today, however (stops and starts looking at the ceiling). I used to hang out with her and drink. She complained that I was drinking too much and not taking care of her enough. I used to volunteer to leave the premises on such occasions. It irritated her and she took it out on me. There will be a fight. To be clear, I only get aggressive after having had a few drinks. She can be violent even if she doesn’t drink. I had to tell her at least 30 times that a relationship can’t be successful if she acts like this.

Not only these names, Om Puri was also accused of domestic violence by his wife.

It is a social evil that we must tackle a little more. Even men have suffered physical abuse. Regardless of gender, physical violence should not be tolerated and should be denounced.

Ranvir Shorey on the importance of independent cinema – bollywood news