In India’s Hindi film industry, Bollywood has produced many films and stars. People love movies, songs, action, romance and actors. Along with movies, some actors have carved their way into the hearts of their audiences through their acting skills and dedicated work. Their charisma and stardom are always magical and people can’t help but fall in love with their personalities. However, these talented Bollywood actors had to face many obstacles to reach this stage. Apart from professional struggles, some have also suffered personal setbacks. During their travels, many other actors became “farishtey” (angels) in their lives.

Recently, at the IIFA held in Abu Dhabi, Bollywood actor Salman Khan revealed the tough time in his life when he didn’t have enough money to buy a shirt and jeans together. However, it was actor Suniel Shetty who came to her rescue at the time. According to Times Now News reports, opening up about the time when he didn’t have a lot of money, Salman said, “During this time a new fashion trend emerged and that was stonewashed jeans. I was out shopping and at a very popular store I saw a pair of faded denim jeans and a shirt. I had just enough money to buy the jeans and left the shirt alone. The actor further revealed how Suniel Shetty helped him back then. “Suniel Shetty, who was with me in the store, noticed that I had no money to buy it, so he bought the shirt and gave it to me,” he added. Not only that, Salman also revealed that he had his eye on a certain wallet at the time. And when Suniel noticed it, he also offered Salman said wallet. Salman also revealed how producer Boney Kapoor helped him during his low phase. The actor revealed that Boney offered him Wanted when he was going through a tough time. “Boney ji has helped me throughout my life. When my career was going through a rough patch, Boney ji gave me a movie called Wanted, which kept me coming back,” the actor said. 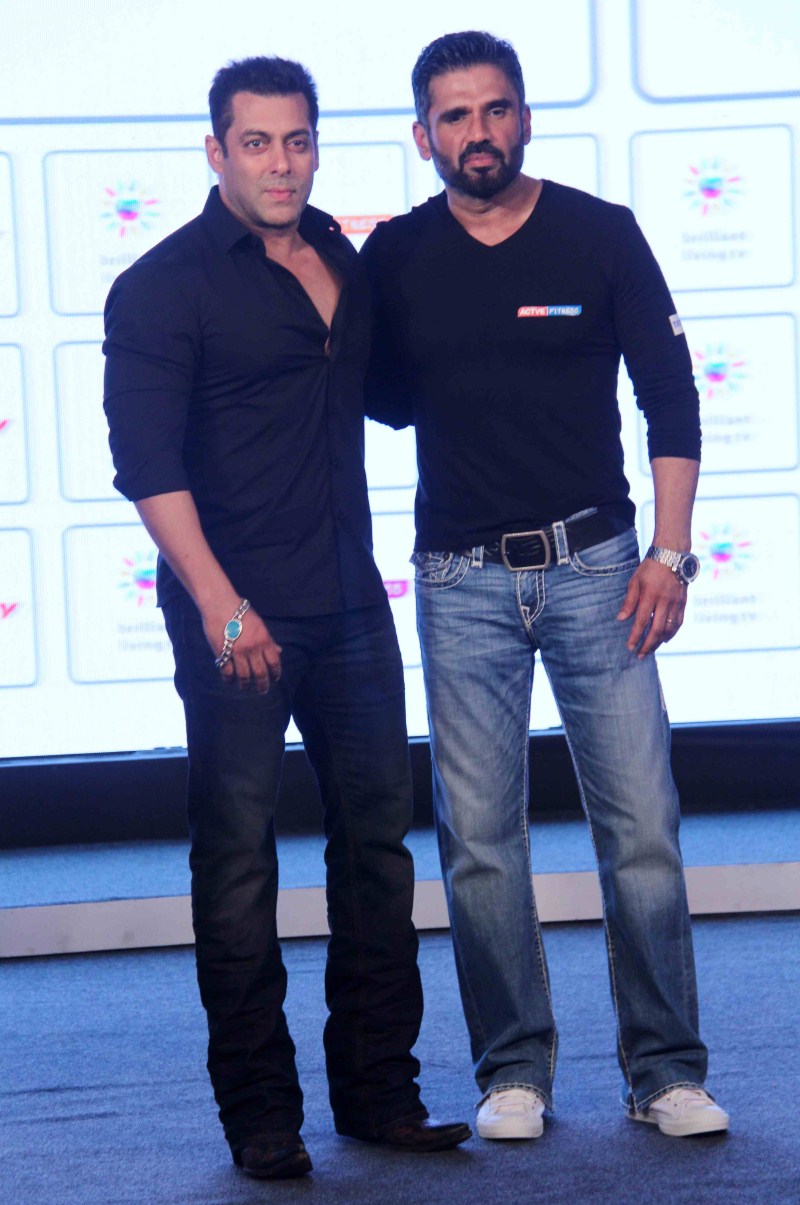 Not only Salman, but Shah Rukh Khan also had a difficult journey to stardom. During his journey, Sanjay Dutt turned into an angel for him. In the past, Sanjay was on Kaun Banega Crorepati to promote his movie “Munnabhai MBBS”, and Shah Rukh hosted the show. Recalling the incident, SRK revealed that he had a fight with someone when he was new to Mumbai. The actor then had no one to turn to, as he was from New Delhi. He had no friends and it was Sanjay who came to his rescue. According to reports from Mens XP, recounting the incident, Shah Rukh said: “Chhota sa kissa batana chahunga sabko, ki jab main Mumbai mein naya naya aaya tha, tab mera koi dost nahi tha, main kisiko nahi jaanta tha aur mera jhagda ho gaya tha Kisik Saath I had no one to turn to and I was hoping that ki main Delhi mein hoon Mere maa-baap bhi nahi the, aur ek aadmi tha jo apni jeep leke mere paas aaya tha and it was Sanjay Dutt and he said, ‘If someone touches you, you tell me.’ So he’s my older brother. Millennial star Amitabh Bachchan was one of the most versatile actors in the history of Indian cinema. During his career, he had delivered a dozen flops and been cast out of several films before Zanjeer (1973) changed his fortunes. It was his wife Jaya Bachchan, who was the angel in his life. According to reports from Out Look India, Dharmendra and Mumtaz were supposed to do Zanjeer but both backed off leaving Prakash Mehra high and dry. No other actress was willing to work with Bachchan due to her flop film track record. But Jaya Bhaduri, his girlfriend who had worked in Mehra’s Samadhi (1972) came to his rescue, although she was advised earlier by his co-actor Bawarchi (1972) Rajesh Khanna to stay away from the “jinxed” actor. They got married soon after the success of Zanjeer and did Abhimaan (1973), Mili (1975), Silsila (1981) and Kabhi Khushi Kabhie Gham (2001) together. Karan Johar recently revealed that Anil Kapoor was the first friend he made after entering the Bollywood industry. According to reports from Hindustan Times, Karan recalled how Anil helped him and filmmaker Aditya Chopra when they attended their first Bollywood party, where no one talked to them. Karan said that Anil, who was a superstar at the time, only hung out with him and Aditya at the party. Karan said, “Definitely my first friend in the business, and I mean it. Me and Aditya Chopra were at a party once and no one was talking to us. We were young and just excited to be at a movie night, then there was a superstar who walked up to us and only hung out with us. He added: “From that moment I felt love for him, and that love became more love, the respect remained, but the fact that he was the youngest man still today and works with the energy of a millennium, speaks for itself.. There is no one, and I repeat no one, who can match the energy of this exceptional artist. 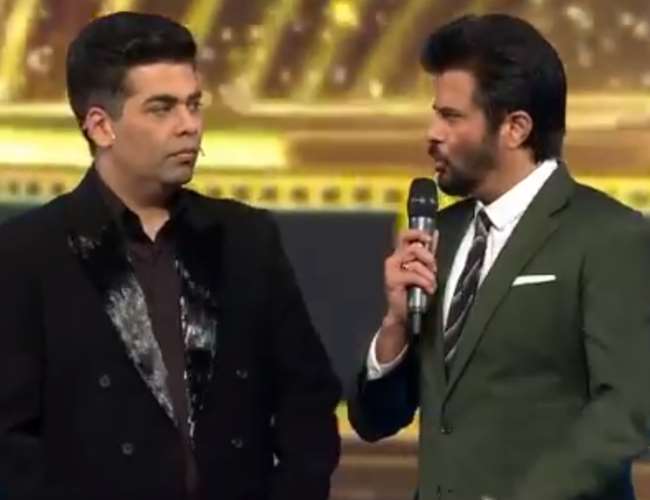 Recalling her deadliest accident in the 90s, actor Mahima Chaudhry has revealed how it was Ajay Devgn and Kajol who helped her. In an interview with Bollywood Bubble, the Pardes actress mentioned that she had a career-threatening accident in 1999. The actress said that she was working on the film Dil Kya Kare with Ajay and Kajol when she had an accident in Bengaluru. “It was the last day of filming in Bangalore. I was going from the hotel to the school where the filming was planned and it was early in the morning. A truck was coming from the wrong side, we were doing a roundabout, he just came and took my car and smashed it against the roundabout. The glass came like bullets in my face like shrapnel. Only my face was hurt. She further added: “When I had my accident, the media came to the set when no one was allowed, and they took a photo… And they wrote ‘Mahima had an accident, and she has scars on her face, we can finally call it scarface’. It still hurts me. How mean can you be? she said. “However, she further pointed out how she lost all hope of getting Bollywood projects after this accident, but it was Ajay and Kajol who motivated her. “Ajay and Kajol ensured that no one in the industry knows about it. Ajay used to show me his scars and made sure that I didn’t lose heart. He was a very, very generous producer,” she said. Image source: INSTAGRAM Bollywood actors Bollywood actors being replaced in movies midway through is nothing new. This has happened to several actors including Aishwarya Rai Bachchan, Kareena Kapoor, Kartik Aaryan, Sharddha Kapoor and Sushant Singh Rajput among others. Sometimes this has happened due to controversial exits due to “creative differences”, other times actors have had […]

Bollywood celebrities are often associated with popularity and a lavish lifestyle, but life isn’t always easy for them. Actors frequently invest their hard-earned money in ventures that do not bring them the expected profits. TV actress Rupali Ganguly, popularly known as Anupamaa, said in a recent interview with Pinkvilla that her father, director Anil Ganguly, […]