Superhero movies with lots of excitement and unusual themes are popular in South Indian movie industry. Several Bollywood films are known to take inspiration from films from the south. So, several Bollywood actors that you might not be aware of made their movies in South Indian films before moving to Bollywood. Keep reading to learn more.

Deepika Padukone is one of the best Indian actresses with one of the most charming personalities in Bollywood. In 2006, she made her acting debut in the Kannada film “Aishwarya”, directed by Indrajit Lankesh. She rose to prominence in the South after collaborating with Upendra. During this period, she was also involved in various marketing campaigns. She then moved to Bollywood and became famous for her debut movie, “Om Shanti Om”. 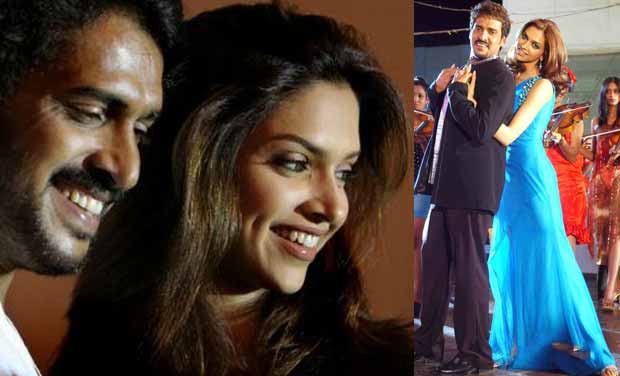 Aishwarya Rai Bachchan, the crowned Miss World of 1994 is also on the list. She got her start as a South Indian actress in the Tamil film industry, where she appeared in films. She rose to fame in the South after performing “Iruvar” and “Jeans”. She then moved to Bollywood, where she is now known as the “Queen of Bollywood” and has ruled for the past ten years. Anil Kapoor is a well-known artist, director and filmmaker in Bollywood. He has been a big fan of Bollywood movies since he was a kid, and Raj Kapoor is one of his favourites. He made his acting debut in the Kannada film “Pallavi Anu Pallavi”, directed by Mani Sharma. After that, he shot to fame and landed various roles in Bollywood movies. He then moved entirely to Bollywood, where he played a number of well-received roles. Kriti Sanon is a popular rising actress who got her start in the South. She starred alongside Mahesh Babu in Sukumar’s movie “1- Nenokkadine”. She was well known for her appearance in film, and she has since starred in several other southern films. She tested her fortunes in Bollywood and had instant success with her debut film, “Heropanti,” in which she starred alongside Tiger Shroff. She has had a successful career in Hindi cinema and is currently working on various projects in the Bollywood industry. An actor has to invest a lot to play a specific character on screen. They not only try to give their best in their acting, but also transform their appearances to give authenticity to their character. There have been instances where Bollywood actors learned a new skill or language or attire as per the requirements […]

Bollywood actors are flying on vacation for their well-deserved break and New Year’s Eve celebration. As COVID continues to be a concern, many have fled to global sites long before the partial lockdown began. So where are they going? Over the past year, many celebrities were seen traveling to Ranthambore and the Maldives to celebrate […]

INDIA: Photography is an art made of passion and absorption. World Photography Day is celebrated on August 19. Making every moment freeze and the memories worthwhile is only possible with photo snaps. The camera is one of the most important human discoveries; all credit goes to French artist Louis Daguerre, the father of the daguerreotype […]