The issue of drugs is once again making headlines in film circles. Recently, Siddhant Kapoor, son of Shakti Kapoor and brother of actress Shraddha Kapoor, was taken into custody for allegedly taking drugs at a rave party in Bangalore. the police also arrested six people, including Siddhant. However, this is not the first case of drug use at a party.

Today we are going to tell you about some of those controversial nights in Bollywood.This is not the first time that Siddhant Kapoor has been caught up in a drug affair at a rave party. Even before that, he was caught at a rave party in Mumbai in 2008. Meanwhile, Mumbai police raided the party and arrested 240 people including Siddhant. However, he was released after a medical examination. After the death of sushant singh Rajput, a video of karan Johar’s party has been highly promoted. This party took place at Karan Johar’s house. Big stars took part. There was also an allegation of drug taking at this party. In Vicky Kaushal, Ranbir Kapoor, arjun Kapoor, deepika Padukone, shahid Kapoor, varun Dhawan and zoya akhtar were seen. Bollywood King Shahrukh Khan’s son Aryan’s name is in the news for the cruise party. Actually on the 2nd of October 2021 a cruise was going from mumbai to Goa. There was a party going on. NCB raided this cruise. Then Aryan was first caught with his two other friends. 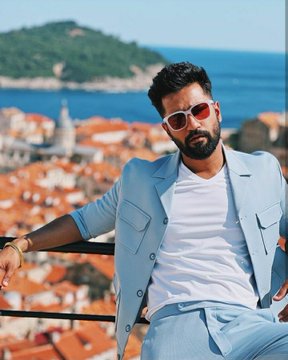 Model and congress leader Andrea D’Souza had also released her statement on the matter. After Sushant’s death, when there were revelations about drugs in the industry, she said that she had seen stars do drugs at many Bollywood parties and she also claimed that many Bollywood stars drugs, but she also deals with fitness.

Shahid Kapoor in Arjun Rampal: 9 Bollywood actors who stood out with their bold grooming choices this year

Whether it’s Ranveer Singh’s double ponytails in the promotions of 83 or Shahid Kapoor new hairstyle before Jersey, the actors experimented with their grooming skills in 2021. It was also the year Arjun Rampal went blonde and Farhan Akhtar defended wild hair in quarantine. We take a look at 9 Bollywood actors whose hairstyle and […]

Senior Bollywood Actors Who Ventured Into Web Series Across OTTs

As OTT platforms attack the entertainment sector, many Bollywood actors have ventured into web series. The COVID-19-induced lockdowns paved the way for this alternative entertainment platform that catered to the needs of internet viewers at the time of their choosing. It was also a time when each of us had time to revisit old classic […]