Actor Divyendu Sharma, who is best known for his role in Amazon Prime Video’s ‘Mirzapur’, is currently gearing up for his upcoming film ‘Mere Desh Ki Dharti’. It will be a far cry from his role as Munna Bhaiya as Divyendu will be seen playing a farmer in this one. In a recent conversation with ETimes, Divyendu was asked if the idea for this project was inspired by the farmers’ protest.

The actor replied, “No, the movie was shot before farmers’ protests, so it has nothing to do with this episode. The movie is about a farmer who has bad debts, and when he doesn’t sees no way out he, he commits suicide The film has dialogue “Gaon se log kaam karne sheher jaate hai, yeh sheher ke log gaon aaye hai.” I think this reflects the development of the storyline in contemporary times Many entrepreneurs and start-ups come from rural neighborhoods, and the film has immense sentimental value. 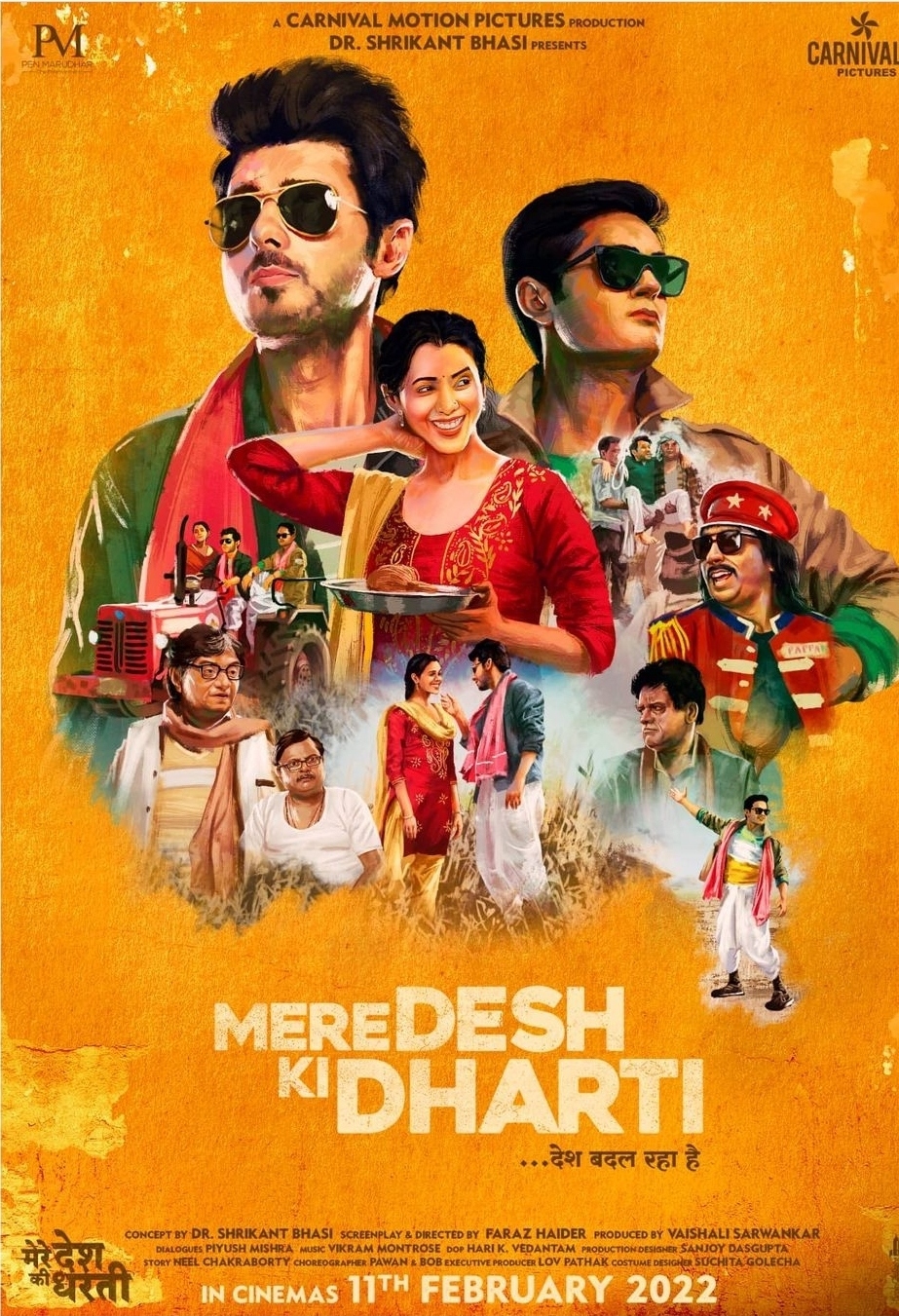 Sharing his experience working on the project, Divyendu shared, “I remember we used to come out of our vanity and see green fields in front of us. We lived in a village, among several farmers who were very happy to see a film inspired by their lives. When they came to see our shoots, we took the opportunity to educate them on sustainable farming methods. They understood what we were trying to tell them. There was a real connection which helped us make the film more effectively.”

Apart from being an amazing actor, Ayushmann Khurrana also enjoys writing poetry and singing. He often sings songs in his own films and also enjoys performing them live. Some of his fan favorite tracks include “Pani Da Rang”, “Nazm Nazm”, “Saadi Galli Aaja”, “Mitti Di Khushboo” and “Chan Kitthan”. Recently, Ayushmann shared a clip from […]

Amar Upadhyay, well known for shows such as Kyunki Saas Bhi Kabhi Bahu Thi and Molkki, recently found Bollywood success with his role as Tabu’s on-screen husband in Bhool Bhulaiyaa 2, also starring Kartik Aaryan and Kiara Advani. Now that he has returned to the television world, the actor will be spotted as Lord Ram […]

R. Madhavan compares his character in Decoupled to himself: Bollywood News

R. Madhavan receives rave reviews for his role as a mouth-watering husband and father on Netflix Decoupled. Madhavan admits that his character is unique. “My character Arya Iyer was a departure from everything I’ve done so far. I don’t think I’ve ever played a character like Arya in Decoupled. His marriage is a wreck and […]