From Shahid Kapoor to Shah Rukh Khan, these Bollywood actors who have undergone cosmetic surgeries in the past. 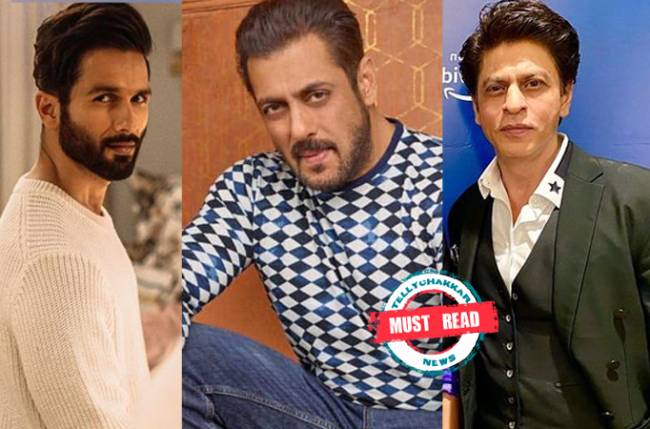 Bombay:In Bollywood, not only do actresses undergo plastic surgeries to look good on camera, but there are a few actors who have also gone under the knife to maintain their charm in public. Today, let’s take a look at those superstars who allegedly had cosmetic surgeries in the past.

Aamir Khan never accepted it, but there have been rumors that the Lagaan star has undergone Botox operations to get rid of his wrinkles.

Shah Rukh Khan is known as the most beautiful and romantic star in Bollywood. There have been rumors that Shah Rukh Khan has undergone botox operations to maintain his charm on camera.

Salman Khan has been under the knife several times. Although the star has never accepted it publicly, there has been evidence that Salman has had hair transplants, botox and cheek fillers in the past.

Shahid Kapoor, who will next be seen in the film Jersey with Mrunal Thakur, also underwent cosmetic surgery. Shahid Kapoor performed rhinoplasty, which basically means adjusting the nose to a proper shape.

Recently, Saif Ali Khan’s first look at Vikram Vedha movie came out. The actor has received a lot of appreciation for his appearance on social media from his wife Kareena Kapoor Khan and also from his fans. Very few people know that Saif Ali Khan also had botox surgery in the past to remove wrinkles from his face.

Ranbir Kapoor is nicknamed the chocolatier of Bollywood. It is said that after the release of Ajab Prem ki Ghazab Kahani, Ranbir Kapoor started losing his hair. It was then that the actor decided to undergo a capillary correction.

Indeed, these cosmetic surgeries have helped these actors look charming in front of the camera. Let us know your thoughts in the comments section.

Also Read: Must Read! Bollywood movie titles based on days of the week

Alia Bhatt – Today, alia bhatt has become Bollywood’s most famous actress. She left a different mark in the hearts and minds of the public with her performance in the movie Gangubai Kathiawadi, but after so much success, alia appeared in a very small role in the recently released movie “RRR”. In the film, her […]

If popular Bollywood actors were cast in DC movie roles

Bollywood movies and DC movies have a lot in common, which makes it easier to imagine which Bollywood actors should join the DC Extended Universe. When it comes to the art of making movies, Bollywood is in a whole different realm when it comes to over-the-top action and catchy musical sequences. Hindi films have that […]

Bollywood actors who admitted to having a one-night stand