Randeep Hooda will be seen bringing his broad and versatile acting prowess to a series for the first time with an upcoming revenge drama. CAT. This series marks Randeep’s return to Netflix after his role in the film, Extraction. Produced by Movie Tunnel Productions in association with Jelly Bean Entertainment, the actor will star in this revenge drama series.

CAT is directed by showrunner Balwinder Singh Janjua and co-directed by Rupinder Chahal and Anutej Singh. About an innocent man, CAT is a crime thriller set in the hinterland of Punjab. He is plunged into a deep drug-trafficking conspiracy between gang lords, cops and political powers. 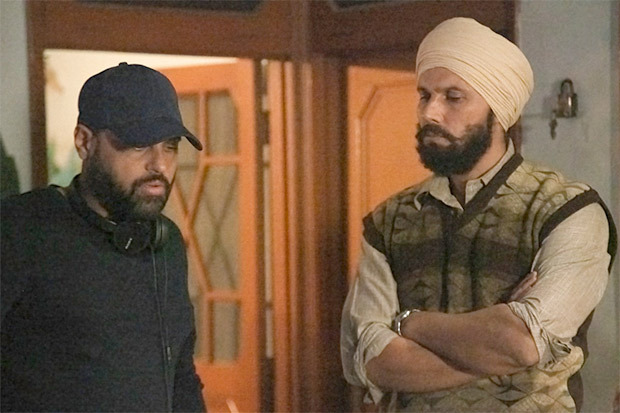 Talking about his second venture with Netflix and the series CAT, Randeep Hooda said, “Working with Netflix is ​​always a pleasure. I had a wonderful time during Extraction and the love he got for me from all over the world was phenomenal. CAT again has all the elements to appeal to a global audience. It gave me the opportunity to explore new facets as an actor in a simple yet intriguing storyline. I can’t wait to see the audience’s reaction to the series.

The choices are few and dangerous when you belong to rival gangs.
We are on the edge of our seats. The story of #CAT be there soon! pic.twitter.com/cuSPProFBK

After giving us movies like Saand Ki Ankh and Mubarakan as a writer, Balwinder Singh Janjua shifts gears with his latest directing venture. Following the completion of Tera Kya Hoga beautiful, a social comedy film starring Randeep, the duo have teamed up again to tell stories from the underbelly of Punjab. Growing up in tumultuous times and witnessing the spike in drug trafficking in the early 2000s, Balwinder has always wanted to highlight that era, and with CAT he just does that.

Talking about teaming up with Netflix and Randeep Hooda to CAT, Balwinder Singh Janjua said, “With the pace at which our industry releases content, it’s very easy to get lost in the herd, but with industry giant like Netflix supporting my passion for creating a series with a subject so close to my heart. , I feel truly blessed and lucky. And having the opportunity to work with an exceptional artist like Randeep Hooda is the icing on the cake.

ALSO READ: Randeep Hooda Celebrates 100 Days Of Filming For His Next Detective Avinash In The Most Unique Way

Meezaan Jafri, who made his debut with the production of Sanjay Leela Bhansali Malaal, should have pocketed the next film by Milap Zaveri. Milap, who recently collaborated with Nikhil Advani’s production for John Abraham’s star Divya Khosla Kumar Satyameva Jayate 2is set to collaborate with him again for a romantic comedy and Meezan will play […]